Francesco Cosio interviewed by TirrenoSat for the TG of 20:30
at the Night of Culture 2012 in Messina
aired February 25, 2012

At the ceremony held for the inauguration of the monument dedicated to Russian sailors to be held in Messina June 9, the city council and the county council commissioned the goldsmith Francesco Cosio with the realization of a medal in 925% silver (gold plated) in bas-relief, the same that the municipality had given in 1911 based on an idea of the sculptor Donzelli. In it is depicted a woman who represents the city of Messina who holds in her left hand a branch of oak, symbol of strength, and with her right hand holds the coin of Messina, like wanting to affix on the flag of the Russian navy. At the center we see our stormy sea with the scythe of the port and the prows of Soviet ships appearing to document their landing in the operation of aid to the survivors of the 1908 earthquake. 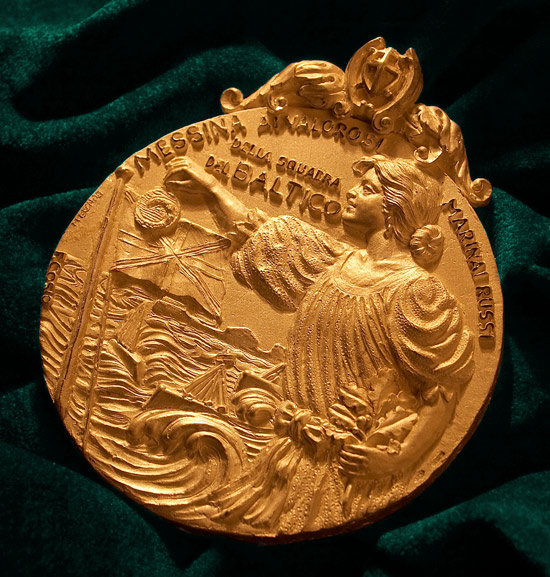